We used to think that databases would solve all of our problems by keeping information about people organized and categorized. And for a while it did work that way—paper files became digitized, scattered data collated, and duplicate files were slowly weeded out until we reached a degree of data purity that was close to Nirvana. In fact, the data became clean enough that bad actors were able to tell how data was stored about them in various data systems, including the credit bureaus, criminal history bureaus, and other “people rating and artificial understanding” systems. And of course, once they figured this out, they immediately started gaming the system.

We are starting to see multi-generational families of bad actors all use the same social security number. We also see dates of birth becoming “fluid” as a person moves between bankruptcy and solvency. Names are more a work of history than identity as people begin using persona name versions — one version for the good things they do, and another version for their criminal bookings.

It’s doubtful that these bad actors are able to articulate the reasons behind their actions, they more likely simply have a ‘feeling they are being followed’ and instinctively hide their tracks, even if it causes some additional consequences when they (for instance) apply for credit or try to get a job.

In insurance, as technology for tracking people increases the confidence in the data received rises in parallel, a new risk emerges: Insuring a persona instead of an actual person. There is also risk in surveillance, where a simple SSN search may turn up generations of criminal convictions when the actual person of interest has not personally committed any crimes–they are just a SSN with crimes connected to it.

There is a solution, although it involves data matching in ways that have not been done before. Physical characteristics such as gait and facial recognition, combined with the data of relatives, coded together with traditional data will become the SSN of the future — tying the physicality of the person’s body to their data will become the gold standard for identification of behavior, risk and profiles.

It feels a little like “blockchain of humanity” but it is becoming true that in order to identify one person, a whole series of random data will need to align to proved their actual complete identity.

Welcome to the new normal. 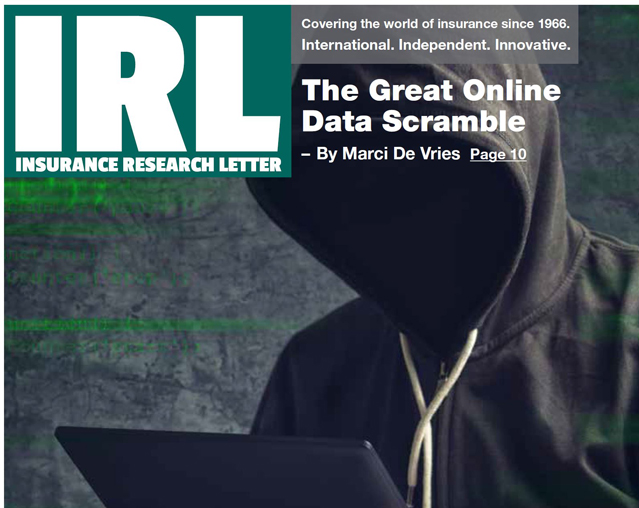